It started off small. Innocuous. A simple Facebook status update by Mike Nesmith on August 7th: “We may be coming to your town.”

Then I started to lose my mind. On August 8th, we were treated to this:

Two days later, tickets went on sale, and the show at the Keswick Theater in Philadelphia (Glenside, if you want to get technical) sold out in five minutes. Not to be defeated, I clicked over to Stub Hub, paid through the nose, and didn’t care. I got my tickets.

Then, on Thursday, November 29th, 2012, at a little past 8 p.m., I finally got to cross something off my bucket list that had been there since I was 8 years old: I saw The Monkees in concert. Ten rows back from the stage. Close enough for ME to clearly make out their facial features. 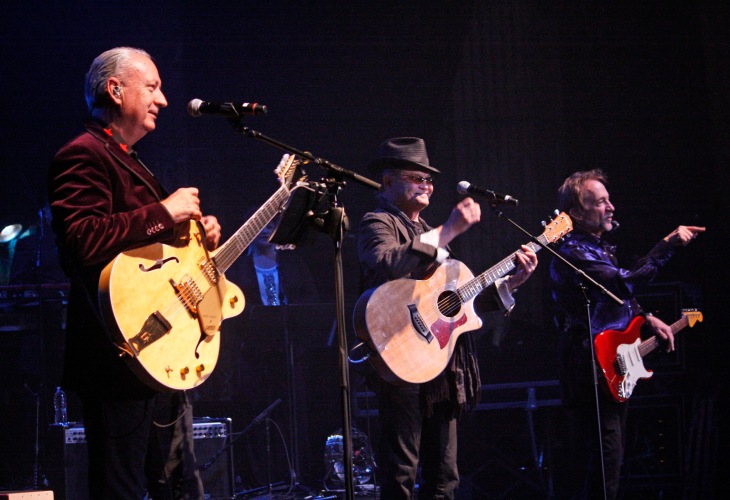 I had all these grandiose plans to rush right home and blog all about it. At the start of every track, I sent myself a text so I’d remember the complete set list. I had so many ideas of how to convey to all of you how magical, and how incredible, and how amazing the show was.

I have eked out a living, from time to time, on my ability to use the written word to convey exactly what I think and how I feel about any and everything. This time, though? Yeah. I got nothin’.

How do I put it into words for you? How can I make you come close to remotely understanding what it was like to see The Monkees in concert? What it meant to me? And how bittersweet it was to see Micky Dolenz, Peter Tork and Mike Nesmith without Davy Jones? Yes, okay. Seeing Mike Nesmith as a Monkee is a Big Fucking Deal that non-Monkees Maniacs really don’t understand. Once in a lifetime. HUGE.

But seeing the Monkees without Davy, who has been with every iteration of the band since its inception, was a bit heartbreaking. Davy’s absence on stage was the elephant in the room. You noticed it. No way to miss it, especially since it seemed at times that they set their instruments up so that there WOULD be a space for him.

Anyway. Enough of the maudlin crap. On to the show.

Like I said, I had texted the complete playlist to myself so I wouldn’t forget it, but found that was unnecessary on Friday when I found my way here. For those of you who were unable to attend any of the twelve shows, I heartily recommend visiting that link. If you WERE able to attend, I still recommend it, because it’s almost identical to the Philly show, so it’s probably close enough to your show, too.

The songs. Oh, the songs. I’m not going to list them all — visit the aforementioned link if you want that — but I will highlight those that stick out in my mind.

They did the hits you’d expect, sure — “Last Train to Clarksville,” “I’m a Believer,” “(I’m Not Your) Stepping Stone.”

They did some surprise tracks: “Mary, Mary,” “You Told Me,” “Sweet Young Thing” (featuring a new arrangement with a really driving, almost tribal beat to it).

They went deep into their collection to pull out some fan favorites: “Daily Nightly” (featuring Mike as the Moog Synthesizer, which was brilliant and comical and must be heard to be fully appreciated), “Randy Scouse Git” (written by Micky, describing a party thrown in their honor by The Beatles — the line “The four kings of EMI are sitting stately on the floor” refers to the Fab Four), “Porpoise Song” (the theme from their originally-panned-and-later-appreciated motion picture co-written by Jack Nicholson, Head).

Then there was shit you’d NEVER expect them to perform, ever: “Your Auntie Grizelda,” “Tapioca Tundra,” “Goin’ Down.” You know the songs that a band does that you love, and you think nobody else does because the average schmo never heard of them? Yeah. They pulled out as many of those that they could fit into a two-hour set.

Of course there was the question, what to do about Davy’s absence? For my money, they handled it in the best possible fashion. After the first song set, the stage went dark, and the large screen showed the video from “I Wanna Be Free.” During the song set from Head, the screen showed Davy performing “Daddy’s Song,” while the band played along onstage. Right after the Head set, the stage went dark again, and the screen showed a clip retrospective, featuring a nice medley of some of Davy’s better known tracks, interspersed with his audition reel.

Immediately following the retrospective, the band started vamping the opening bars to “Daydream Believer.” Here is a staple of The Monkees stable, but its singer is gone. How could they do this, in anything but poor taste? Simple. As Micky explained, when they were talking about how to do the song, Mike pointed out that it doesn’t belong to them anymore. It’s not their song now. It’s ours. All of ours. Micky called one enormously lucky fan, David Levin, onstage (and my inner 8-year-old was so jealous!) to lead the entire audience in the song, while the band played in background. It was elegant in its simplicity. Brilliant. Perfect.

They closed out the show with “What Am I Doing Hangin’ ‘Round,” another track I never expected to hear, then came back for an encore with “Listen to the Band” and “Pleasant Valley Sunday.” They introduced the band, took their bows, and then the show was over.

I was very nervous about seeing them live. Oh, I knew I’d have a good time — if you can’t have fun at a Monkees concert, you ain’t trying — but I was afraid that 26 years of anticipation would set me up for major disappointment. Especially since, you know, these guys ain’t the young generation anymore: Micky is 67, Peter is 70 and Mike’ll be 70 in four weeks. 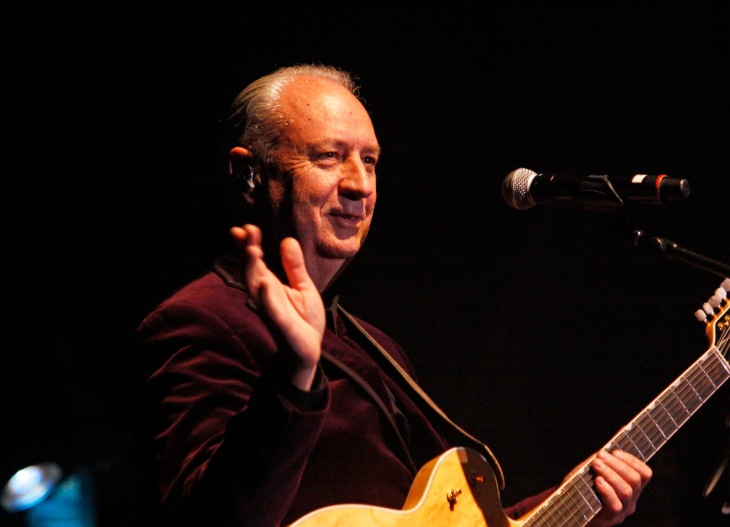 I needn’t have worried. Are their voices the same? No. Are they close? Surprisingly. Mike’s is more seasoned, and more soloistic in nature; Peter’s is higher, but that is no doubt due to the throat surgery he had as part of cancer treatment; and Micky’s is virtually unchanged. Some songs were played in lower keys than their album counterparts, but that’s par for the course when you’re dealing with a song you’ve been singing almost 50 years. Did they sound good? No. They sounded great. Better than I could have ever hoped to expect. Combine that with their expert instrumentals, and a stage energy far more kinetic than any other act I’ve seen, and this becomes, honestly, the best, most enjoyable, most memorable concert experience of my life.