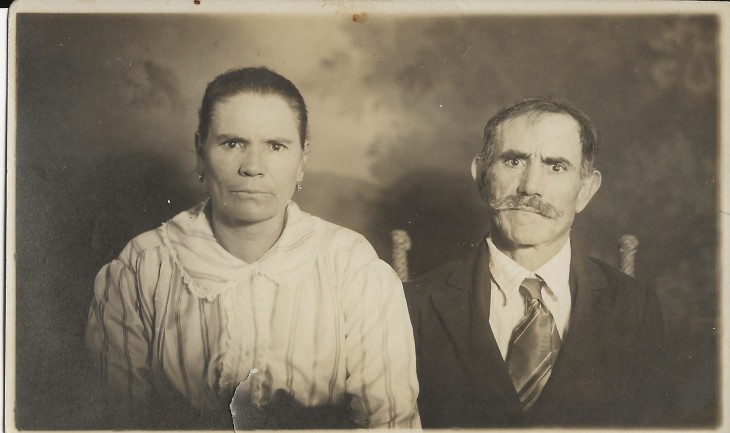 For as long as I can remember, the question most asked of me, upon furnishing my name, is, “Which Berenato are you?”

My family, you see, has been in Hammonton for more than 125 years, and my name — Joe Berenato — is the most common name in town. And, with few exceptions, we’re all related.

And we’re all named, in a roundabout way, after my great-great-grandfather, Giuseppe Berenato, born 24 February 1869. 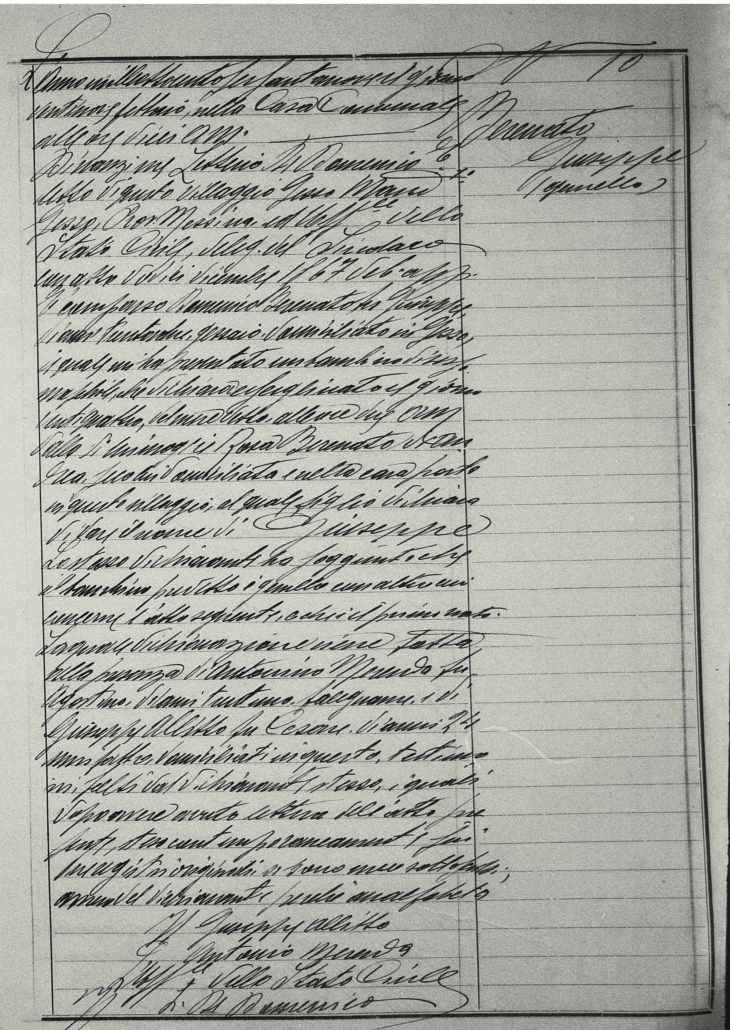 He emigrated to America circa 1892, and became Hammonton’s first Joe Berenato. And then came the rest of us — so many, in fact, we have to delineate by middle initials and nicknames.

His son, Antonio, had a son, Joseph A. E. Berenato — my grandfather, better known as Mohawk.

Giuseppe’s son Henry had a son, Joe Peach (he was the last peach farmer in Atlantic County), or Joe A. His son Joe is commonly known as Pepe, short for Giuseppe.

Giuseppe’s son, Joseph Jr., was commonly referred to as Uncle Joe. His son is known as Joe Casino (he helped open Resorts in Atlantic City) or Joe Bus or Schoolbus Joe (he was the head of the school district’s bus department).

I’m known as Coffee Joe (a name bestowed upon me by the waitresses at the local diner, the Silver Coin, due to the copious amounts of coffee I drink), Joe Mohawk (after my grandfather and our farm), and professionally as Joseph F. (I think I might be the only one in the world).

(Side note: when Uncle Henry died, five of us pall bearers were Joe Berenatos, and we all — me, Joe Bus, Joe the Twin, Pepe, and Joe Boy — rode together in my Cherokee. I was the only one who thought it was a riot. How many Joe Berenatos does it take to carry a casket?)

And all of us are named, directly or indirectly, after Giuseppe, who Americanized his name and was known as Joseph by the time he died in 1942. (And this doesn’t even include Joe E. or his son Joey or their uncle Joe Biddy, none of whom are in our line, nor any of the Joe Berenatos who live outside of Hammonton. ) 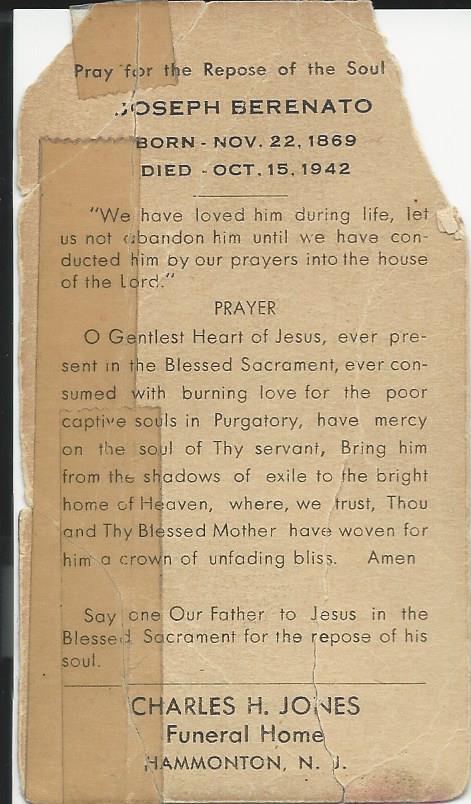 (Note the incorrect birth date; this was not uncommon. The birth year on his headstone is also inaccurate, as is the birth year on that of his twin brother Andrea, which is a completely different year altogether).

So, happy birthday, Giuseppe. I’m proud to be a part of the legacy that you created, one that I hope still continues in this town long after I’m gone, too. 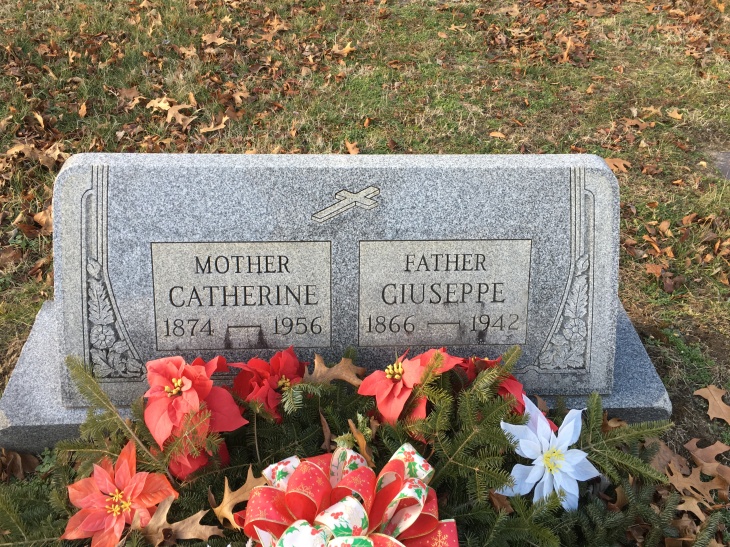 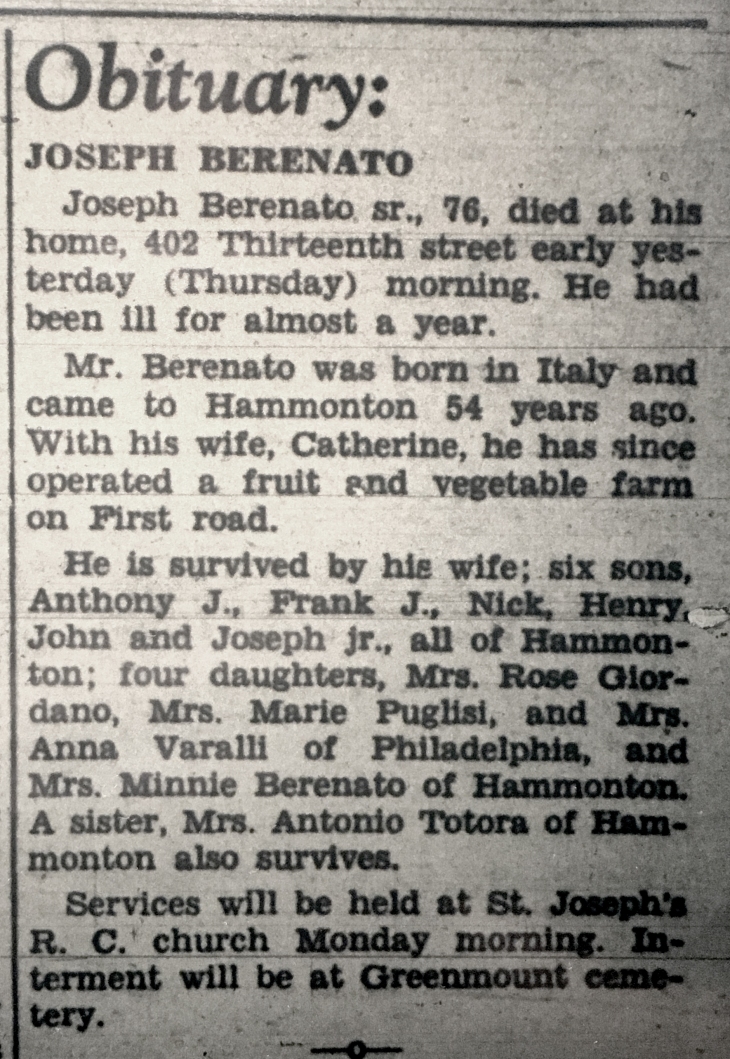